3 tips for Christmas gifts for cellists

Governor of the Olomouc Region awarded Sensio.cz for its social responsibility

Governor of the Olomouc Region awarded Sensio.cz for its social responsibility

The company Sensio.cz, under which MyCello falls, received the award of the Olomouc Region Governor Josef Suchanek for social responsibility for the year 2021. During the award ceremony, Ondřej Kratochvíl performed a short musical performance on MyCello. 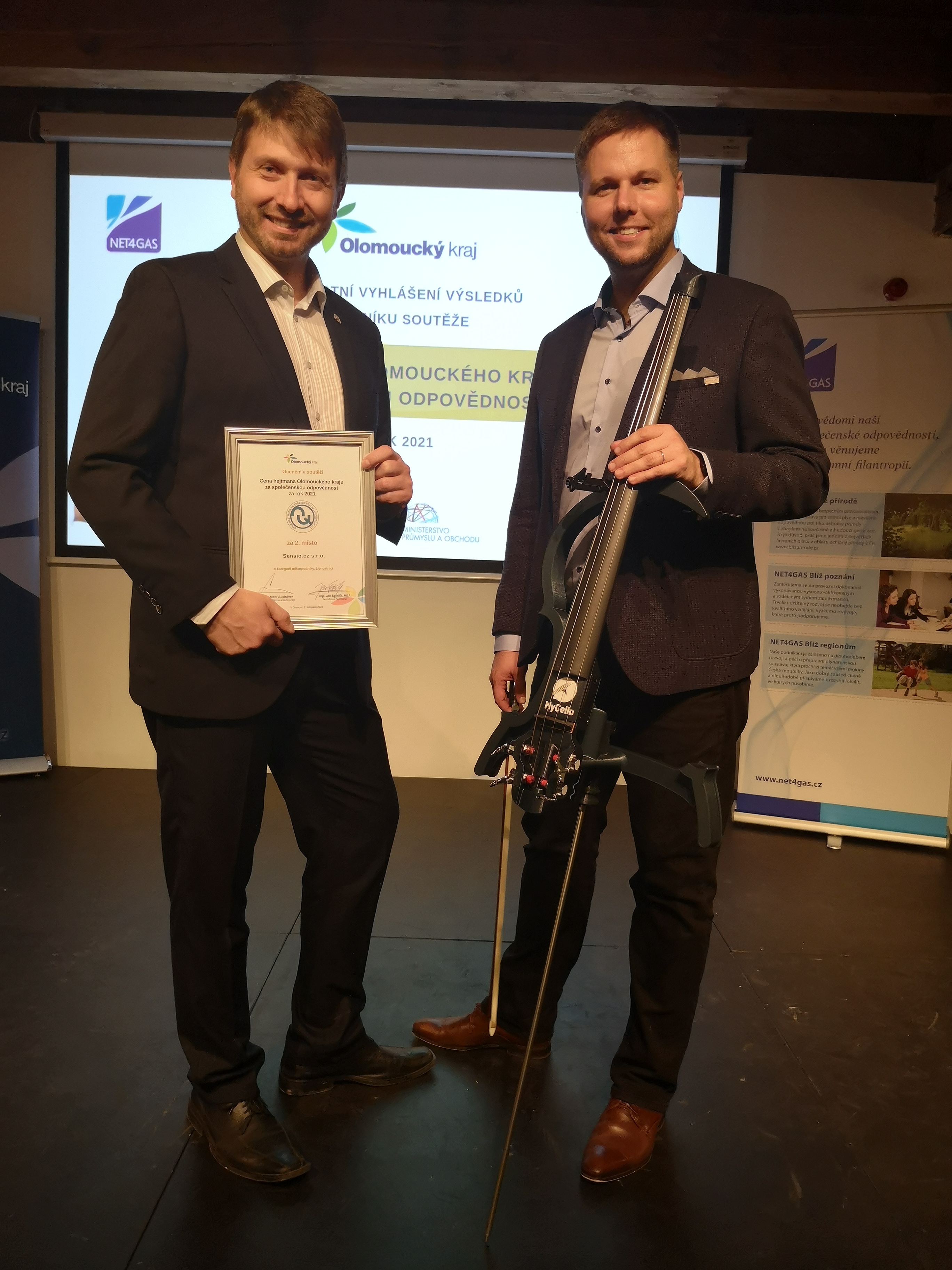 In the photo from the left: Jan Tobolik and Ondrej Kratochvil

One of Sensio.cz's products is a cloud-based information system for primary art schools called iZUŠ. The use of the software saves paper in hundreds of schools. "Since 2011, when iZUŠ was launched, we have counted more than 2,500 trees saved," emphasises the company's director Jan Tobolík.

As far as 3D printing is concerned, all the products from 3D printing production are recyclable and the company sends the residual winding material (plastic beams for the filament, author's note) once in a while to a specialized company for further processing.

At the same time, society is not indifferent to what is happening worldwide. "During the epidemic, we helped paramedics, police officers, caregivers, in short, everyone who had to wear masks or respirators for several hours every day, which caused them earaches. We printed special clips that can attach rubber bands to the earmuffs or respirators instead of the ears. We gave clips away for free to those in need," says Ondřej Kratochvíl, one of the authors of the MyCello project and the current project manager of the company.

After the start of the war in Ukraine, the company decided to sell MyCello in its typical colours for charity. The proceeds from the fundraiser went to People in Need. "We wish for Ukraine that the country will be filled with music instead of gunshots again as soon as possible," Tobolík wishes.